Why Your Clients Are Weak 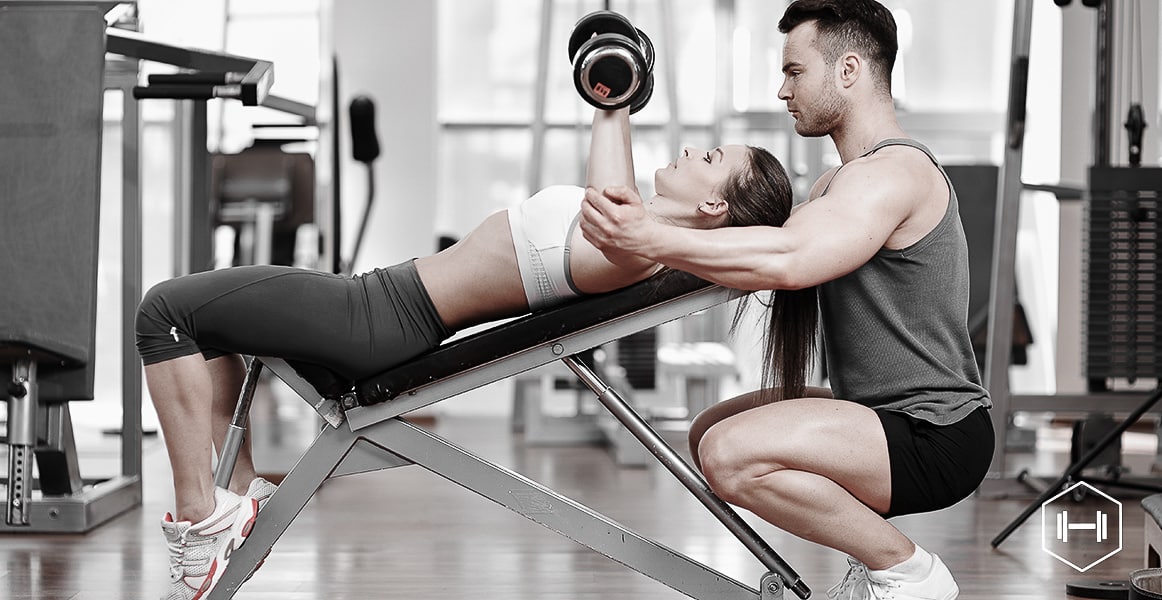 As a personal trainer, you have a wide variety of tools at your disposal and a plethora of evidence to support the effectiveness of each one. Despite this, many approaches and techniques sometimes fail to yield the expected results, which to lead to confusion.

One of the reasons for this possible confusion, is that the strength deficit you’re trying to address, may not exist for the reason you think it does. Typically, there are 4 main reasons that people aren’t as strong as they should be:

The first is the most considered and the one that most strength programmes address, typically by increasing the weight used for a given exercise. Whilst this is probably one of the most common issues, it’s certainly not the only one.

A lack of work capacity means that your ability to sustain effort is poor. This tends to be the result of either insufficient or excessive volume. In the case of the former, there’s simply not enough work being done to generate an appropriate adaptation in the tissue. Because of this, whilst one-off performance is possible, the ability to sustain it is not. In the case of the latter, a training volume that is too high will either result in fatigue or require an intensity (as a percentage of the 1RM for a given exercise) that is too low to stimulate the body enough to create an adaptation. Fortunately, if this is the issue, the solution is simple, adjust volume. In most cases this means doing more work at an intensity of 70% or above. For practical purposes, this means using a weight that allows the lifter to get no more than 12 reps on a given tempo. The total work completed at this level will be significantly higher than in a load that represented 85-90% were being used, which would be demonstrated by a maximum number of reps equalling no more than 8 on a given tempo.

Low skill is one of the main reasons that sedentary populations get ‘stronger’ so quickly when they first start exercising. The contractile properties of the muscle haven’t changed that much, they’re just more skilled at the movement, largely due to increased familiarity with it. It’s also why beginners should always start with the most simple variations of any given exercise. They need to learn the basics physically, mentally and neurologically.

Poor efficiency can often be mistaken for low skill, but presents slightly differently. When low skill is the issue, activity rehearsal will usually remedy the situation fairly quickly. If this correction fails to occur, it is typically because the muscular synergy required is beyond the ability of the individual at that time.

A good example of this is the overhead squat. Whilst this is used both as an exercise and an assessment it offers two different opportunities for efficiency evaluation. If during the squat the arms travel forwards of the head, this may indicate tightness in the pectorals or lats and/or weakness in the scapular depressors. To determine if this is an efficiency issue, lie down on your back with your feet against the wall and your arms on the floor in a comparable overhead position. Gradually move the hips closer and closer to the wall, whilst bending the knees until the legs are in the same position as they would be at the bottom of a squat.

If the arms have come off the floor, this would indicate a restriction in range of movement that needs addressing for the body to perform efficiently, but ultimately, once the issue was addressed, the exercise would be possible.

If however the arms remain overhead and in contact with the floor, then there is likely a weakness in maintaining scapular retraction and depression whilst squatting and therefore the training approach should bias this rather than tissue mobility/flexibility.

Ultimately, to ensure optimum progress, you need to ensure that each possible issue is considered when trying to get stronger, as it may not be the obvious elements that are limiting progress.

Is Obesity Down to Sugar?

Over the course of recent years, sugar has had a progressively worse reputation, with the current trend demonising it and presenting it as the cause of every illness from obesity to cancer. But with all of this debate occurring, what’s the truth? Like most things, there are very few absolutes...